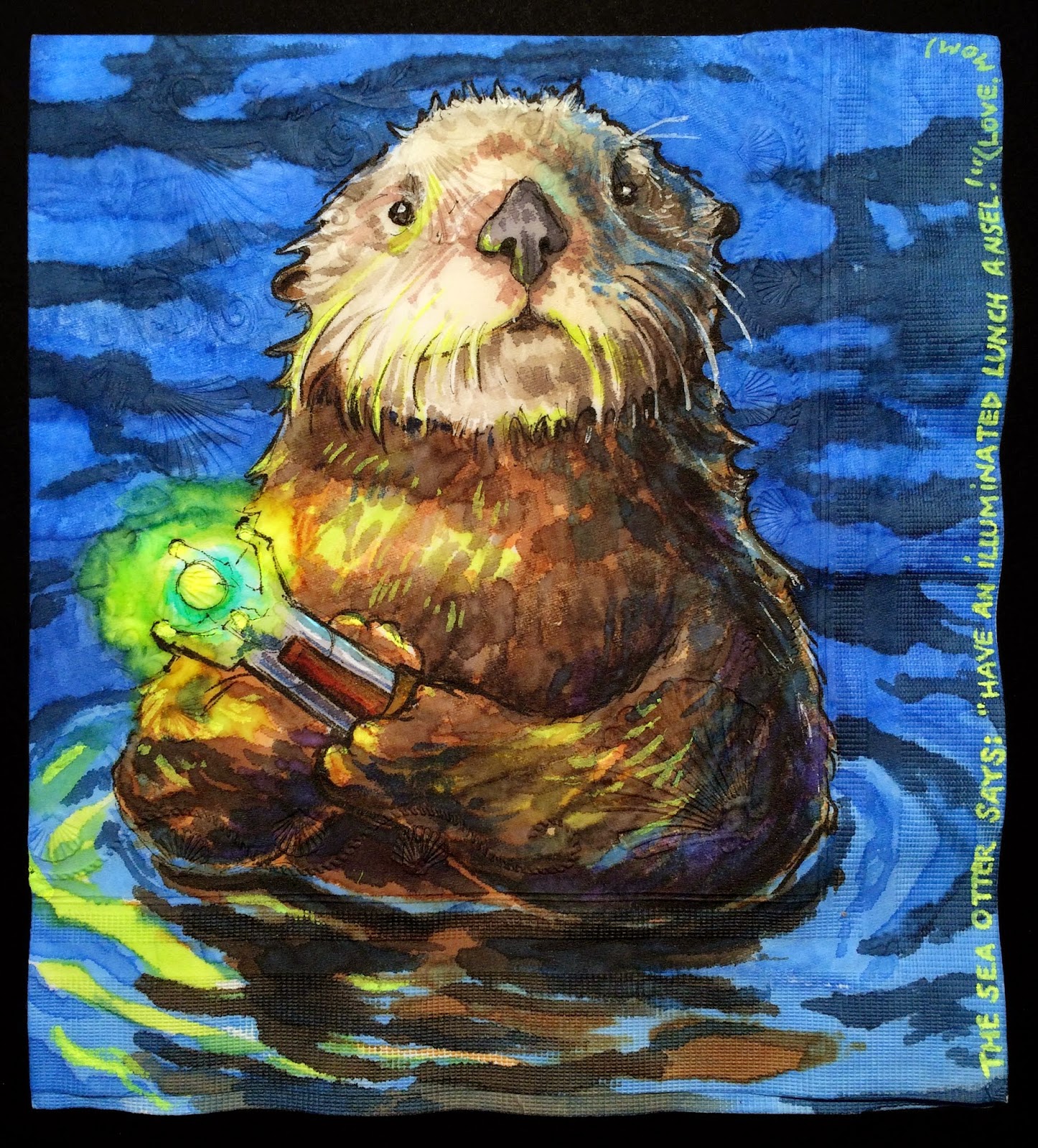 I wonder how much overlap there is between the "fandoms" of Doctor Who and Sea Otters?

Eager to share his trove of Sea Otter knowledge, Ansel was telling us yesterday about how they use stones to  hammer shells off undersea rocks and open up oysters and abalones. They are some of the few tool using mammals, and the only marine mammals besides dolphins.

Since these Otters can use tools, I thought, why not provide the ultimate tool?  Maybe the problem was that Ansel did not give me a request last night, and I was deluding myself that the green glow of the sonic screwdriver reflected off the water was going to be fun to draw?

When I showed the napkin to Ansel this morning, he rolled his eyes and said, "That will do."
Not a very successful crossover, apparently.
Posted by ninalevy at 11:30 AM