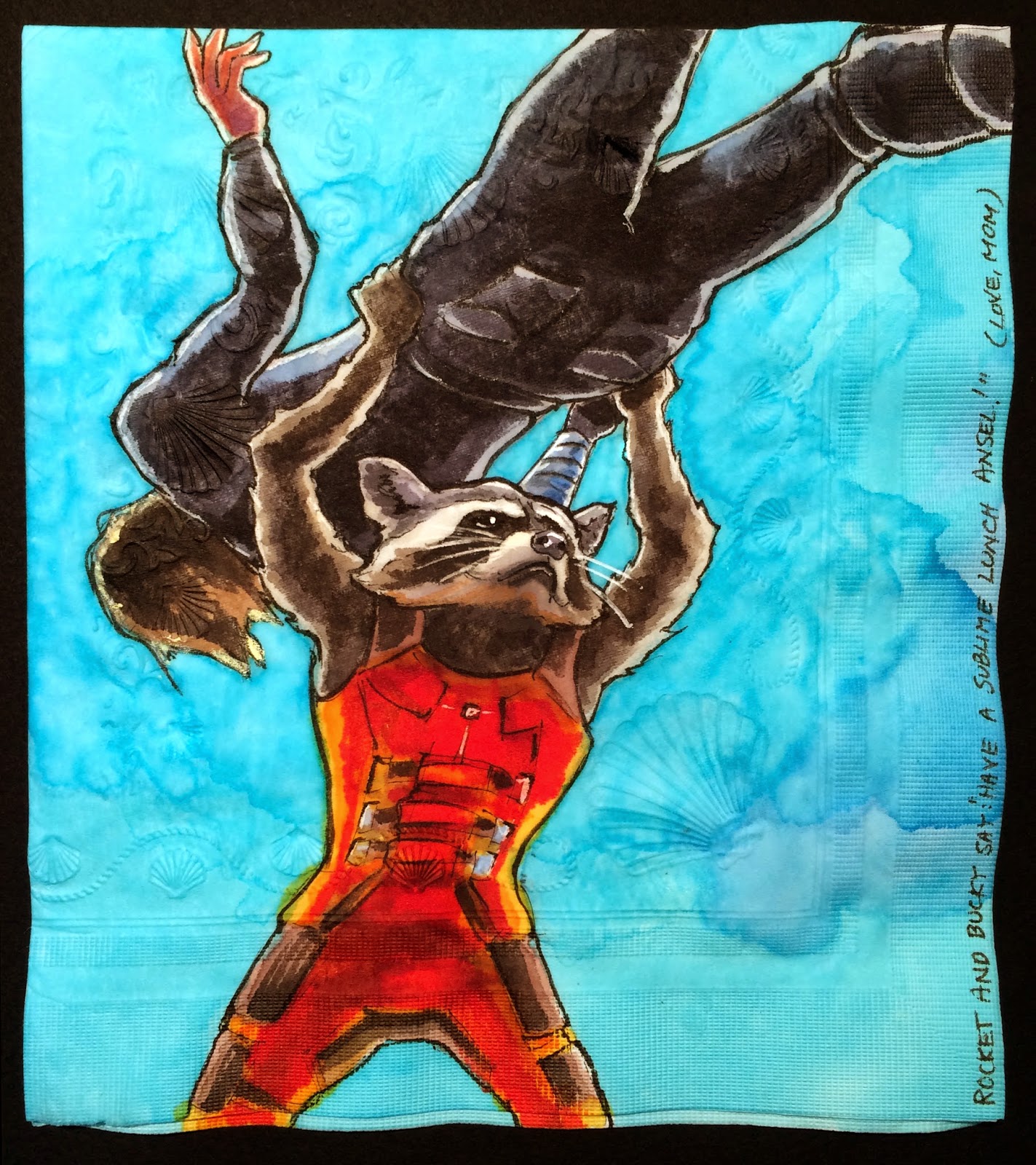 Last week Ansel finally redeemed multiple rewards that he had earned this fall (known as bribes in less indulgent circles) and picked out the Disney Infinity game.  He was relatively unenthusiastic about Skylanders, another console-plus-endlessly-expensive-figurines style game.  But Disney Infinity won him over with the possibility of playing as the Guardians of the Galaxy and other Marvel people as well as other Disney and Pixar characters.

Don't know about you, but the pop culture juggernaut of Disney/Marvel/Pixar/Star Wars is making the whole idea of crossovers oddly less interesting for me.  My sons claim to agree, but I am pretty sure that they do not have the same reservations about corporate monoliths that I do. Certainly the "Phineas and Ferb"and  "Star Wars" episode was nicely done.  Ansel was quite excited to see the "Ultimate Spider-Man" and "Jessie" Halloween episode. (If you are unfamiliar with "Jessie," please don't ask) But once everything is possible and Sleeping Beauty can have a light saber battle with Darth Vader...Well, let's just say that just because it can happen, doesn't always mean that it should...Unless we are talking about drawings on napkins, of course.  Ha.

At any rate, We bought the Infinity Marvel starter set and a couple Guardians characters....because... how could we possibly not have Star Lord and Rocket?  I will admit that I don't really understand the logic of the game at the moment- i.e., which character can play in which world, and who else might appear in that world.

But the configuration of characters that we have somehow makes it possible for the person who is playing as Rocket to snatch up the Winter Soldier- a character we don't own, who just seems to wander aimlessly around the set- and carry him around like a piece of lumber...and then toss him off the edge of the world...again, and again, and again.

I am not sure why the Winter Soldier character seems OK with this, or what is gained by the operation, but my sons certainly seem to enjoy doing it.


Of course Rocket looks like the below in the actual game, so please forgive my...would we call it "artistic license?" and/or just sloppy rendering of his costume? 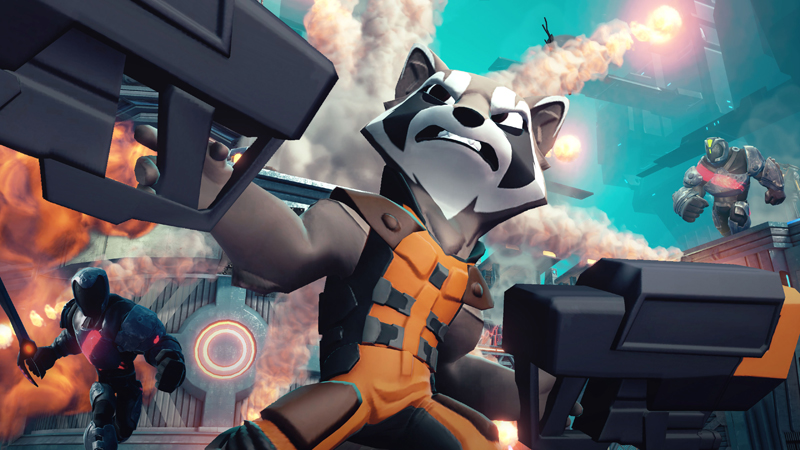