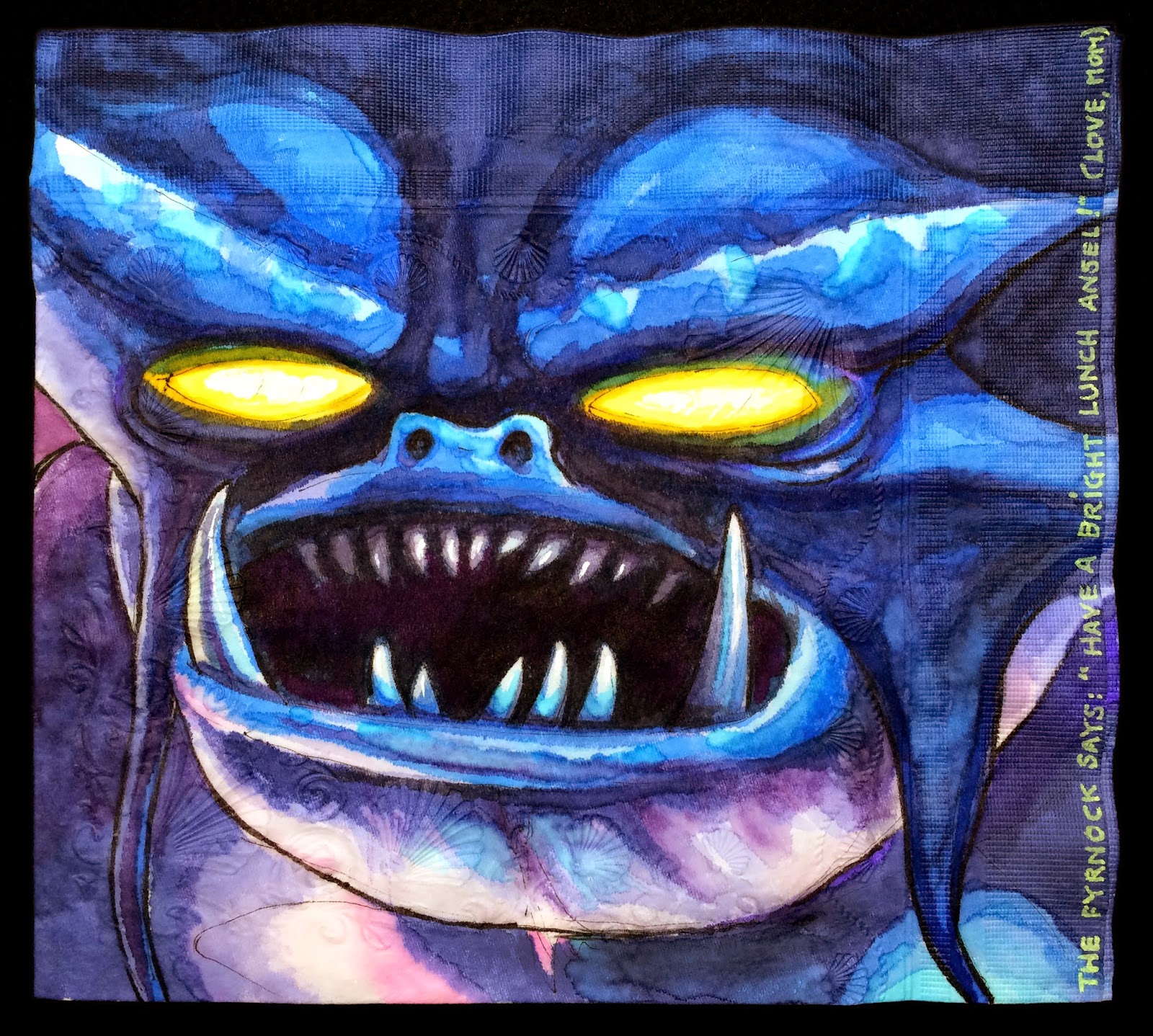 One of the "Angry Toothlesses."
These critters have appeared in a couple recent episodes of "Star Wars Rebels."

I will have to admit that I did not pay very close attention to those episodes.  While we watched the last one earlier this week, I was busy picking through Ansel's hair, trying to determine whether he really had lice again, or was just psychosomatically itchy.

Trying to figure out what the "Fyrnocks" were called and actually looked like presented an extra challenge last night that I did not appreciate. (I was still exhausted from washing or bagging everything that the kids' hair might have touched during the last couple of weeks.)  Usually it is quite easy to quickly find out the name and more than you possibly need to know about any creature in the Star Wars universe.  I speak from ample experience.  There was, however, a bit of a dearth of info and images on the topic of Fyrnocks.

Archer and Ansel had been calling them "Angry Toothlesses" for their resemblance to the Dreamworks dragon character. This seems to be an apt name as Ezra, the boy character in "Rebels," has some sort of control over them not entirely unlike Hiccup's relationship with Toothless.

I briefly considered drawing the two boys and the two dragonish creatures.... but after all the laundry, I felt fortunate to just draw some teeth and glowing eyes.