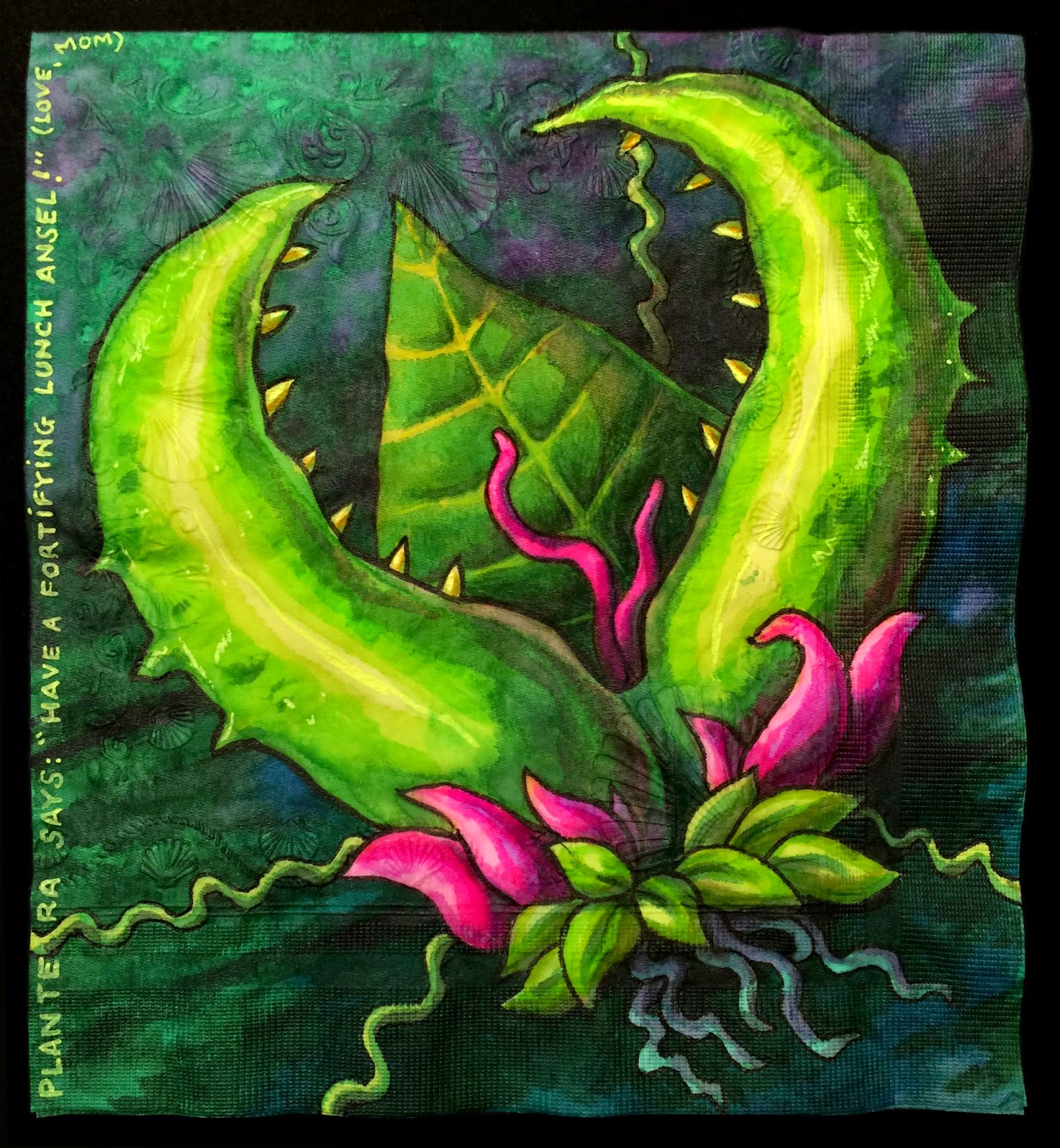 My son seems to have an inexhaustible enthusiasm for Terraria bosses on his napkins.

Over the last few weeks, it was beginning to seem like his social self-consciousness was making the napkins maybe more trouble than they were worth. He was often concerned that whatever was on his napkin might be too weird or too revealing to let his classmates look at it. His older brother Archer is an unselfconscious and indefatigable proselytizer for his own pop culture enthusiasms. Ansel, however, is both very socially acute and quite concerned about how he and his stuff are being received.

For the moment, the Terraria boss series seems to have pulled the napkins back from the brink of retirement. There appears to be a lot of positive response from his classmates and a couple of burgeoning friendships developing around the topic of a shared interest in Terraria.
Posted by ninalevy at 11:43 AM