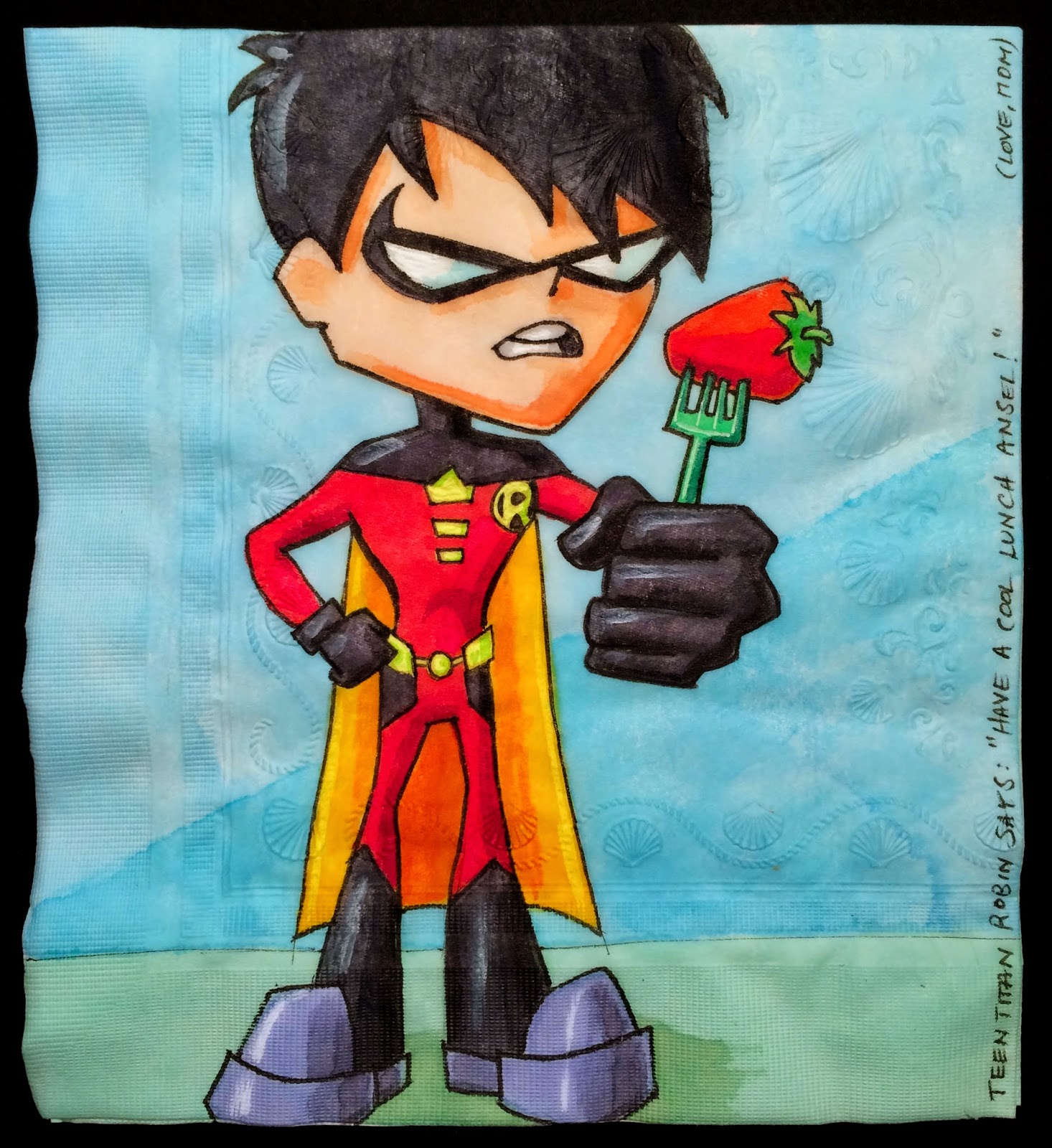 It is challenging enough to name all of the various Robins... Having raised two sons to 11 and 7, let's see if I can do it without recourse to Google:  Dick Grayson, Jason Todd, Tim Drake, Damian Wayne... Well, I just ran out of road.  With the help of Google, there is, of course, Stephanie Brown and Carrie Kelley. (Ironically, their names are displayed right above the "Homosexuality in the Batman Franchise" subject listing in Wikipedia.)

"'Of course?...Who are these people? And why should I care?" you might ask.

Thanks to their presently misspent youth, my sons could tell you. I'm not sure that I am capable of marshaling all the details myself without spending way too much time on this post.

Suffice it to say, there are a lot of named Robins, and then there are all of the various iterations of each with their various costumes and hairstyles.  Last night's episode of "Teen Titan Go!" was titled "The Best Robin," and featured the show's resident Robin inviting his other incarnations in to show his lazy teammates how to do the superhero thing correctly.

The kids were watching the show at 6 pm on a school night instead of doing their homework mostly because I was busy trying to figure out a way to make sauteed mushrooms and kale appealing for a second grader's palate. Which is to say that I did not attend to the plot of the episode.  One can only imagine the sort of existential pop culture crisis that multiple iterations of oneself might touch off.

My younger son's response to the episode, however, was pretty straightforward: There was no question which Robin was superior.  He was the guy with no exposed skin, but with spiky hair, and an attitude.

As it turned out, the strawberries I was planning to put in the lunch today were moldy, and given Robin's unfriendly expression on the napkin, he should probably be holding one of those uneaten sauteed mushrooms. 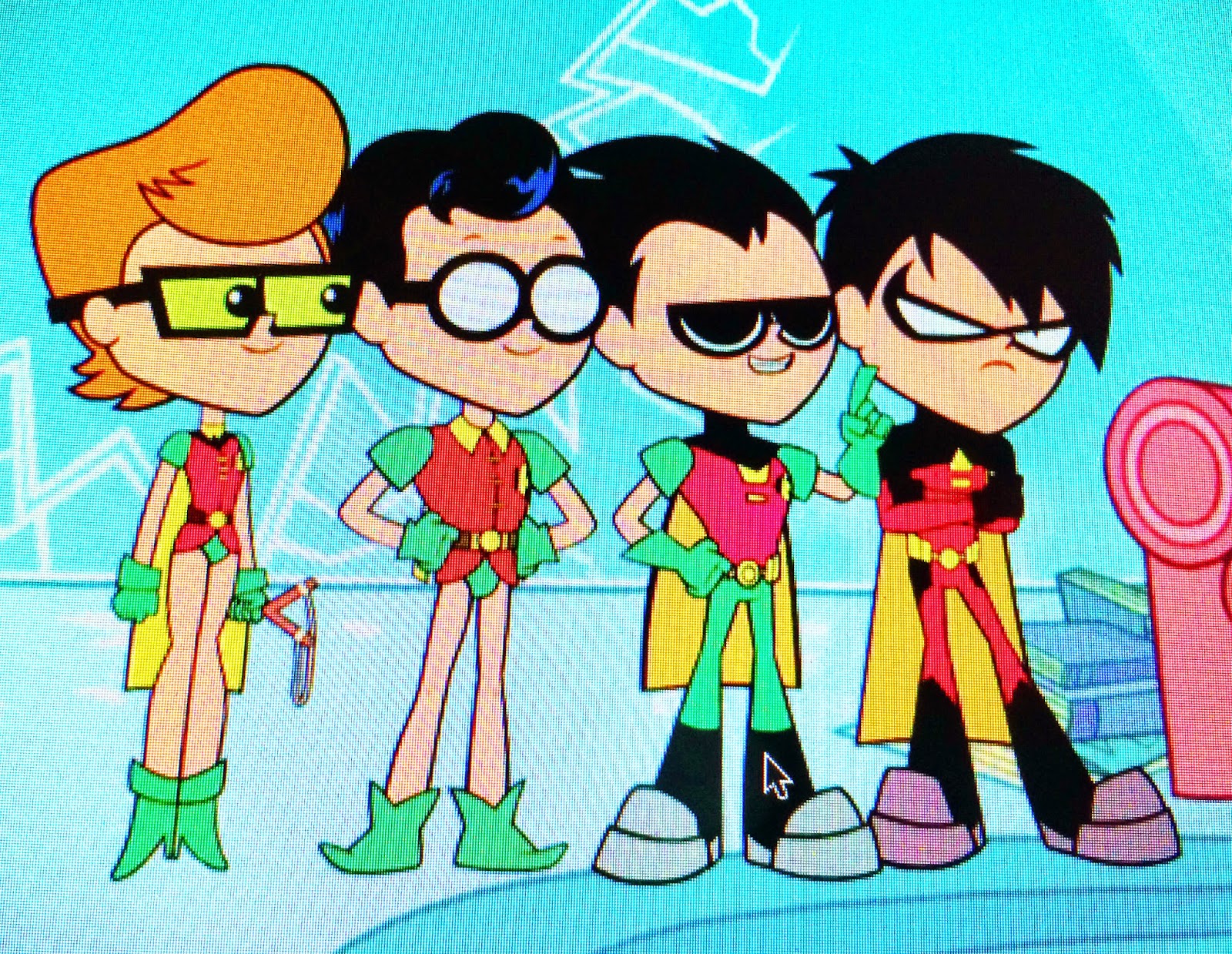 Or to see some of the 40 other napkin posts regarding Robin in his many forms
Posted by ninalevy at 12:33 PM