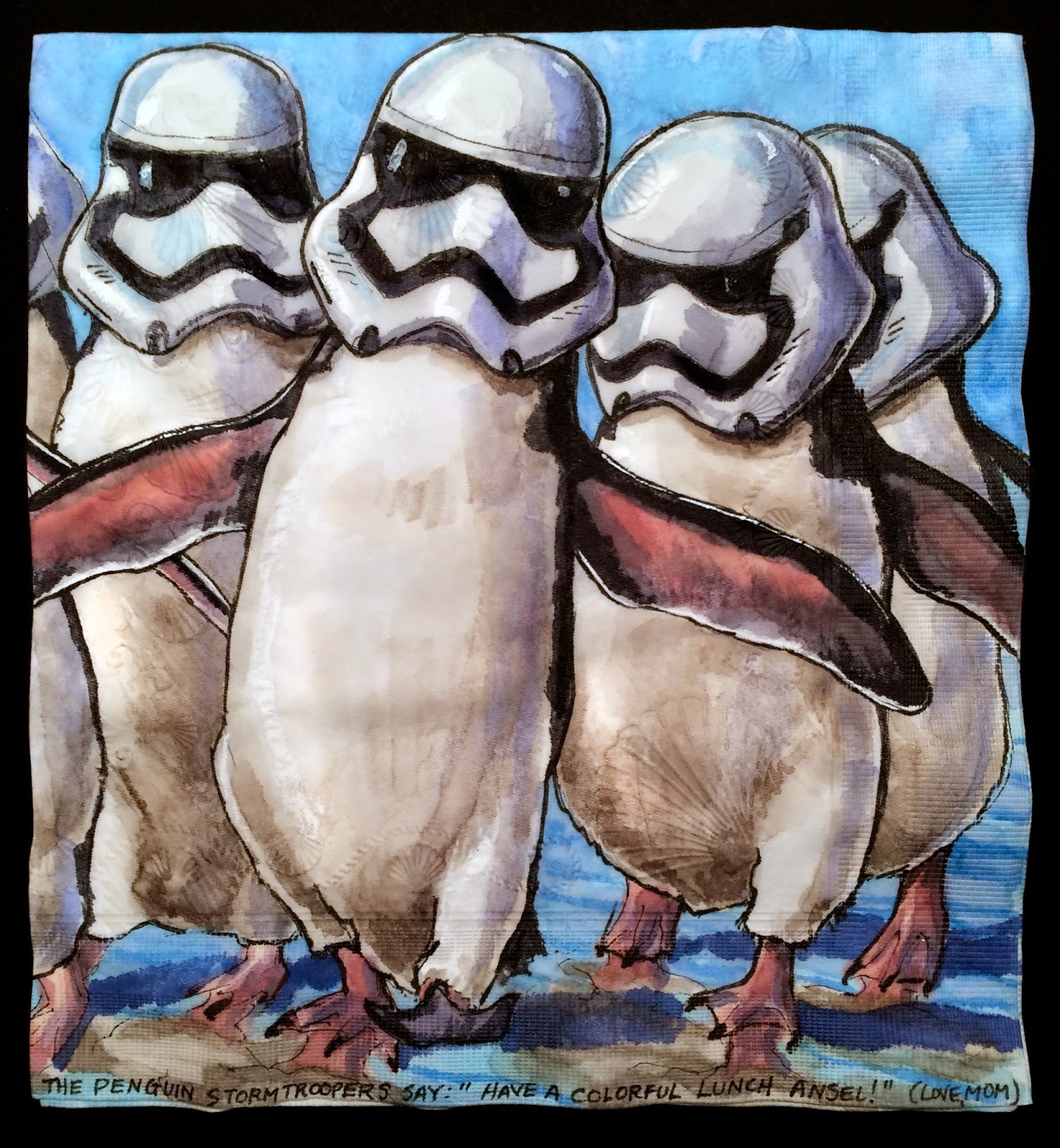 What's black and white and can't see where it's going?
Or maybe the image should be called "Flightless and Sightless"

But either way, late last night, it seemed somehow appropriate to put stormtrooper helmets on Penguins.

I tried to draw the new helmets from the recently released "Star Wars: The Force Awakens" trailer.  The helmets are shown for less than half a second in a flickering light.  I couldn't really tell what was going on in the front. My apologies for offending Star Wars geeks everywhere with my lazy and inaccurate helmet rendering.

We did see the recent penguin movie.  While it was pleasant enough at the time, I cannot remember any of it now, so realistic rather than Madagascar-style penguins seemed to be the way to go.

My son was mostly satisfied by the image this morning.
Posted by ninalevy at 11:29 AM