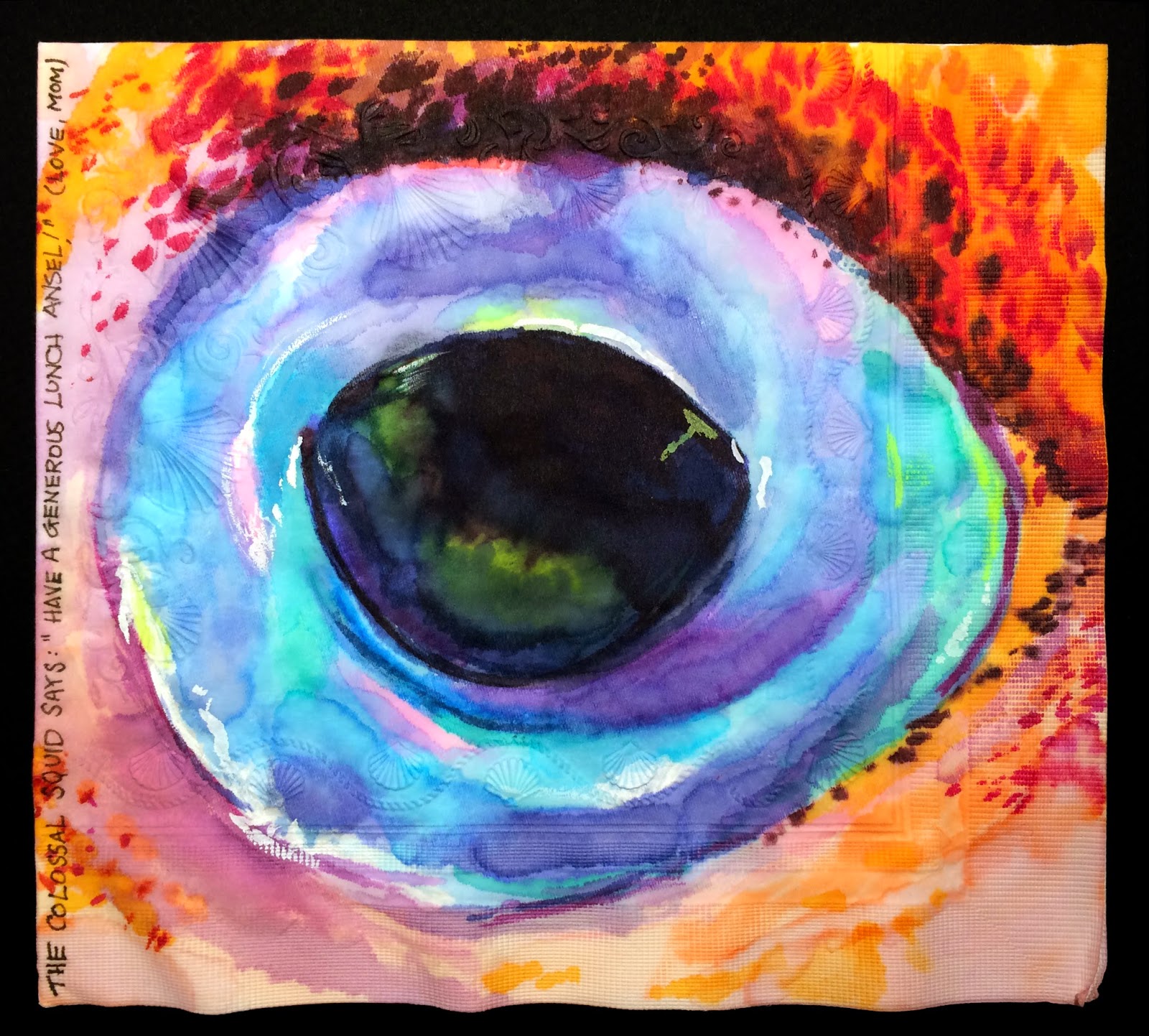 I happened upon the information yesterday that Colossal Squids may have the largest eyes of any living creature.  My younger son's class is finishing up their study of ocean animals, so I felt like the squid was fair game for a napkin.  I did, however, have a lot of trouble identifying exactly what a Colossal Squid eye is supposed to look like. In some images online, they have a disturbingly human-like iris surrounded by white, in others, the eyes look more like those of smaller squids that one might find in an aquarium or on a plate.  Based on my few minutes of incompetent research, I decided to go with the more decorative, less disturbingly human, version.

This would be the eye of a not very colossal Colossal Squid.  Scientists theorize that their eyes can be as large as a basketball or dinner plate. This one is only as large as a dinner napkin.

My son was not particularly impressed with my effort on this drawing.  But, much to my surprise, he chose to take yesterday's Puppy Hand/Kitten Fist napkin. I can never predict what will be popular, but real animals do rarely prevail over imaginary ones.
Posted by ninalevy at 11:11 AM