Stitch and Donald on Disney Infinity 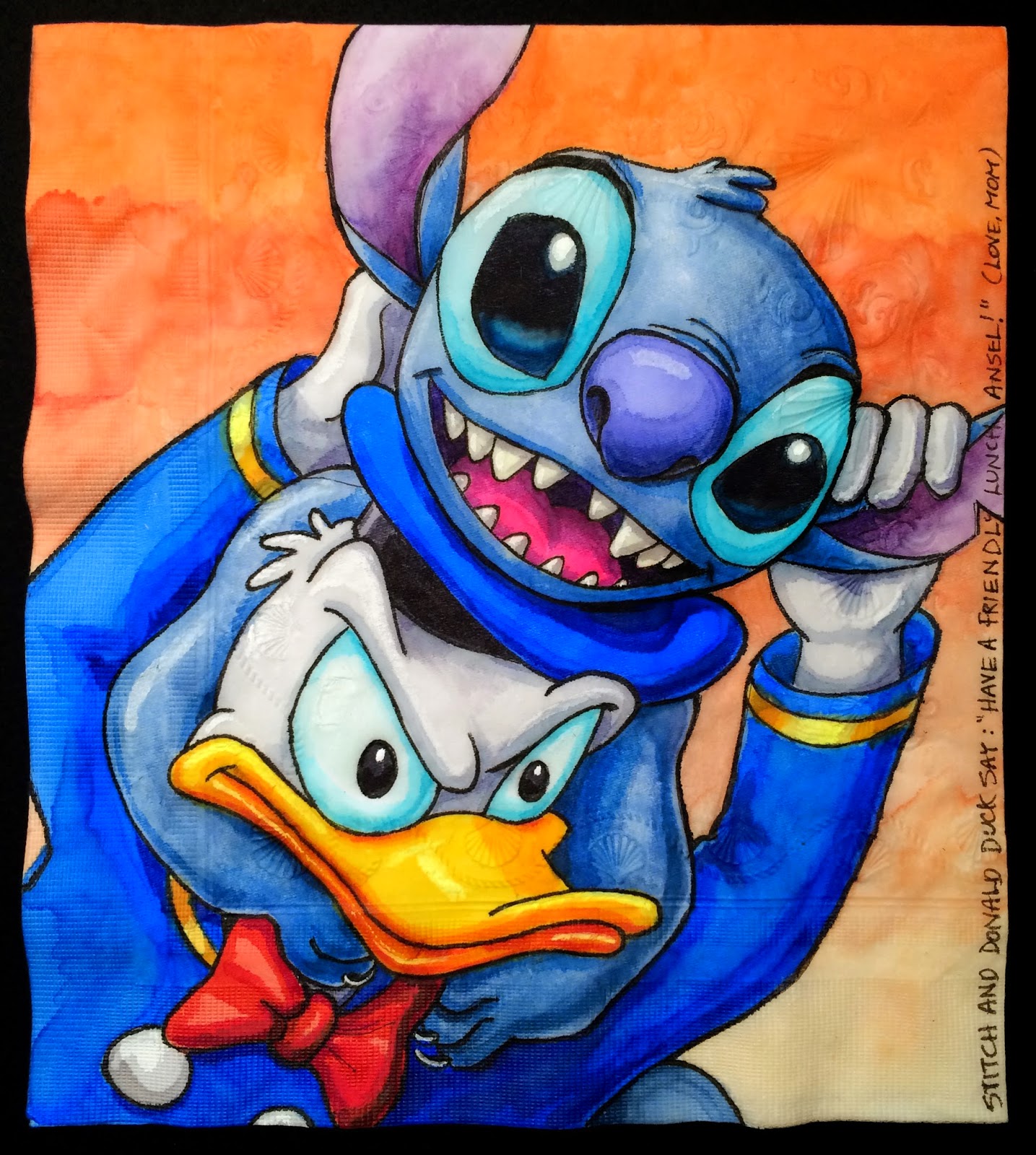 Characters with poor impulse control mix it up in a video game:

Through yet another marvel of internal marketing, our kids have become convinced that Stitch and Donald are the funniest, most wonderful characters that can be played on Disney Infinity.  We would have to purchase them, of course, because we do not own them yet.  I do wonder what exciting new character will be suddenly shown to be desirable when the system senses that we have bought these two?

When I put Stitch and Donald together, the results were a bit darker than I intended... and a bit negative for Quaker second grade lunch....

I was thinking that I wanted to make their heads large, and wouldn't it be nice to stack them instead of placing them side by side? and wouldn't it be clean formally to surround Donald's head with the blue both of his clothes and of Stitch's fur?