Rocket Raccoon From "Guardians of the Galaxy" 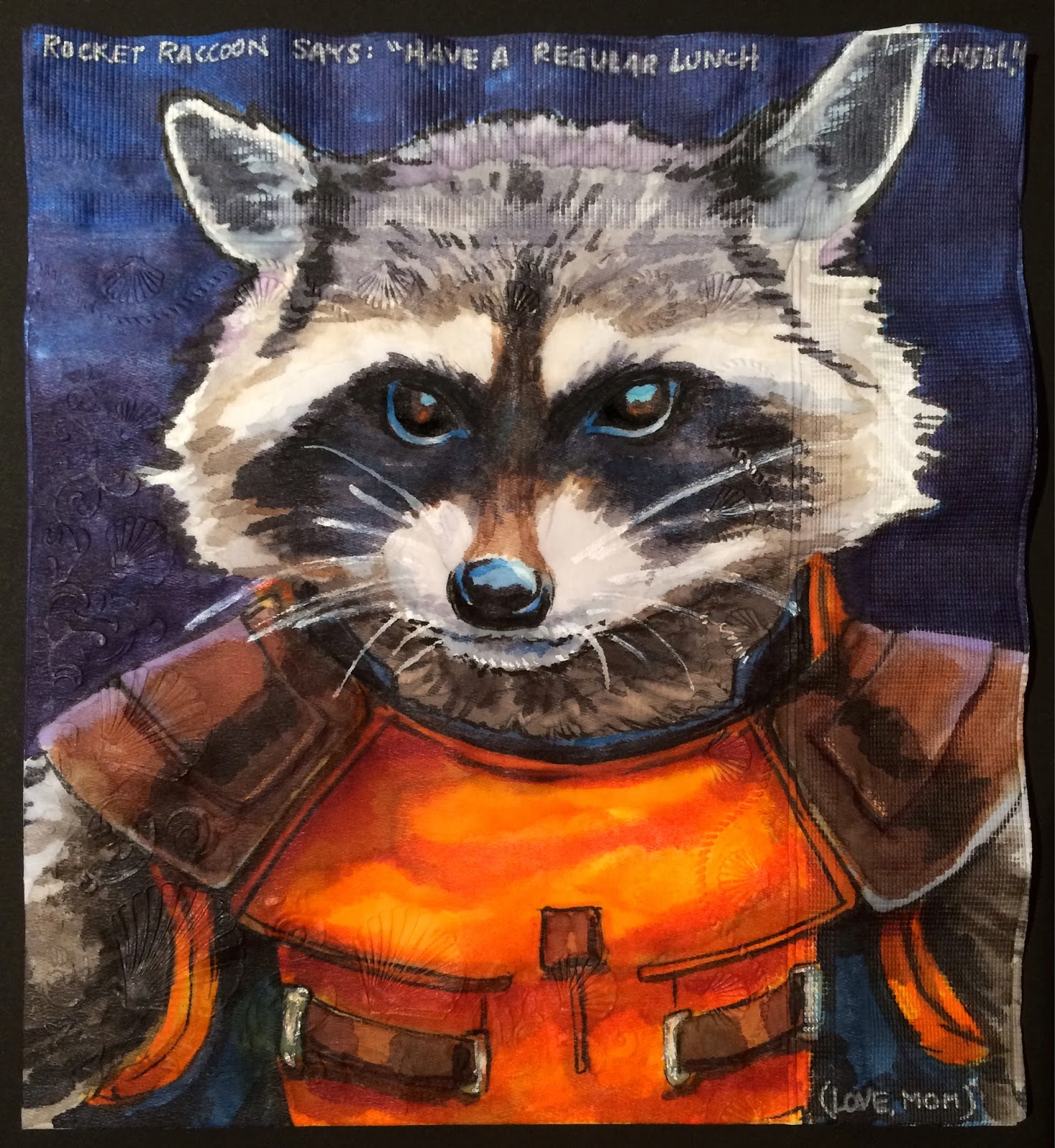 As soon as Rocket the Raccoon appeared in the trailer for "Guardians of the Galaxy" Ansel said solemnly, "I have to see this movie."

Sometimes I do pause to consider why mainstream movies that are ostensibly made to appeal to adults seem so perfectly and wholeheartedly targeted at my seven year old son.

Not only does the preview for this movie feature a gun wielding raccoon, there is also the comic (but tastefully obscured) middle finger gesture, tagline of "What a bunch of a-holes" (swearing, but not real swearing!)  and prominent use of the pop confection "Hooked on a Feeling" (what small boy does not like to chant "Oogachaka"?) just to name a few items.

There must be movies for adults out there... it's probably just as well that I don't even have the opportunity to formulate a desire to see them.  This would only lead to frustration.
Posted by ninalevy at 12:08 PM