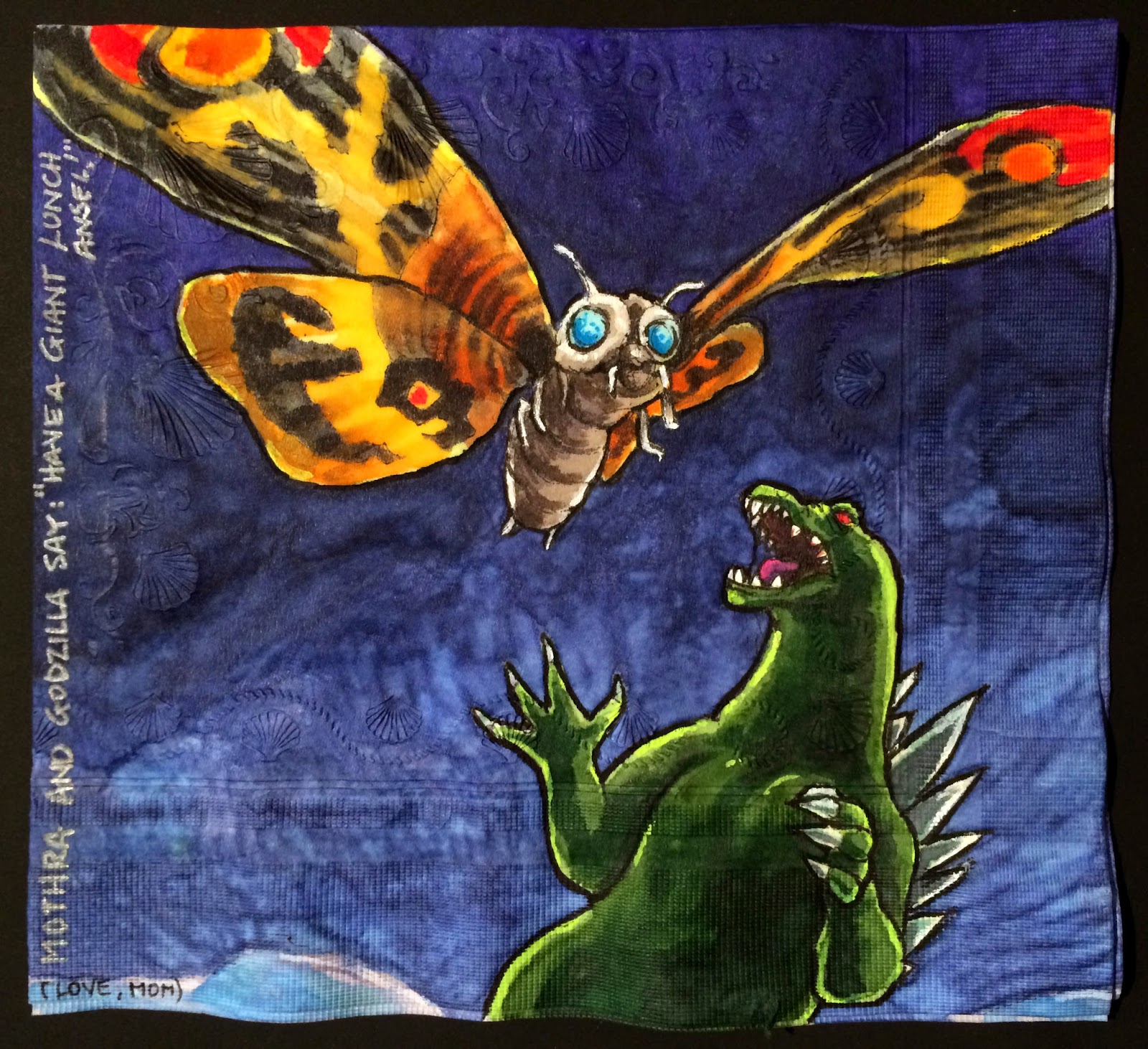 When I decided to draw these two last night, I was just trying to knock out a napkin quickly without paying too much attention.  My husband and I were watching "Gravity." which unlike much of the "adult" programming that plays on our TV after the kids' bedtime, actually required watching rather than just  occasional listening.  (My spouse is partial to Discovery and Velocity channel fare like "Fast N' Loud," and "American Pickers" which do not generally distract me from the packing of lunch or the drawing on napkins)

I think I might have seen one movie featuring Mothra when I was a child.  I now discover that Mothra has appeared in something like a dozen Godzilla movies and starred in several of its own.  As recently as 1993, "Godzilla vs. Mothra" was a huge hit in Japan.  It was released in the United States also.  Somehow, I missed it.
Posted by ninalevy at 12:24 PM