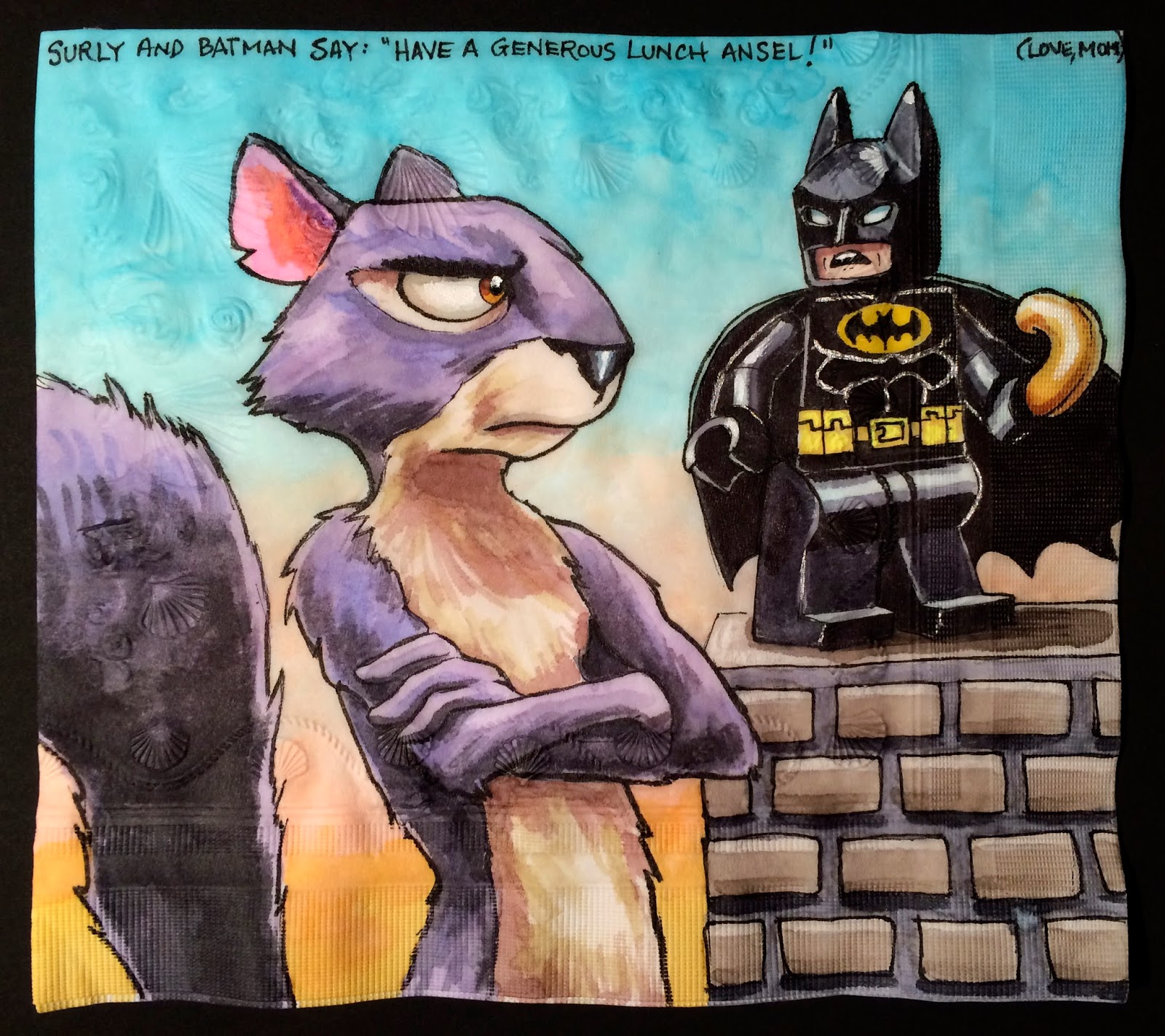 Snarky characters voiced by Will Arnett bicker over a cashew:

The highlight of the outing for Ansel and his friend might have been playing in the theater lobby with a revolving display for the LEGO Movie where one could swap the head, torso and legs of the minifigure characters.

I am hoping that The LEGO Movie will be a bit more than just an animated movie for kids playing in a theater (but maybe no dogs!)...but we will have to see it no matter the quality.

And,  Surly the fairly unlikeable main character of "The Nut Job" and the latest LEGO incarnation of the Dark Knight share a sort of sarcastic, cooler-than-thou quality that made it seem necessary to me that they appear on the same napkin.
Posted by ninalevy at 12:18 PM