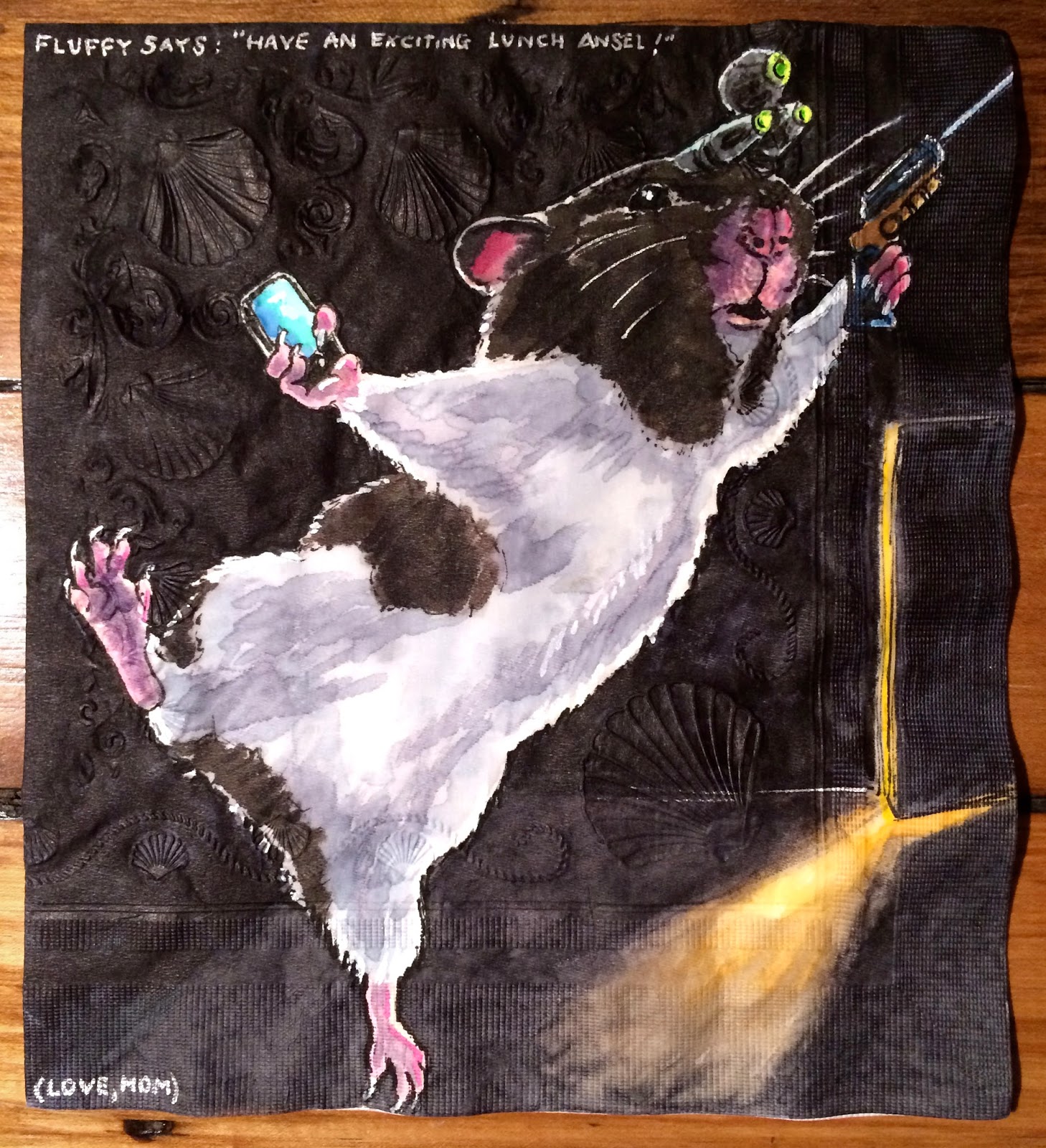 Fluffy, the very reclusive pet hamster in my younger son's first grade classroom, was unusually sociable yesterday morning.  Since Fluffy most often lurks uncooperatively inside a small wooden box while I am dropping Ansel off, I had not gotten a good-napkin worthy-look at the animal until yesterday.

We had trouble coming up with a theme for a Fluffy napkin last night, but a sort of G-Force Secret Agent incarnation was finally deemed acceptable.  Those G-Force rodents are Guinea Pigs, of course, a distinction that was initially lost on me, but I have been forced to improve my ability to identify different classes of rodents.

...One of the many educational perks of parenting.

(That's a non violent grappling gun in the rodent's paw. I'm hoping that the teachers at my son's Quaker school appreciate the distinction.)
Posted by ninalevy at 2:51 PM