Silas and Miss Lupescu from "The Graveyard Book" Offer Lunch 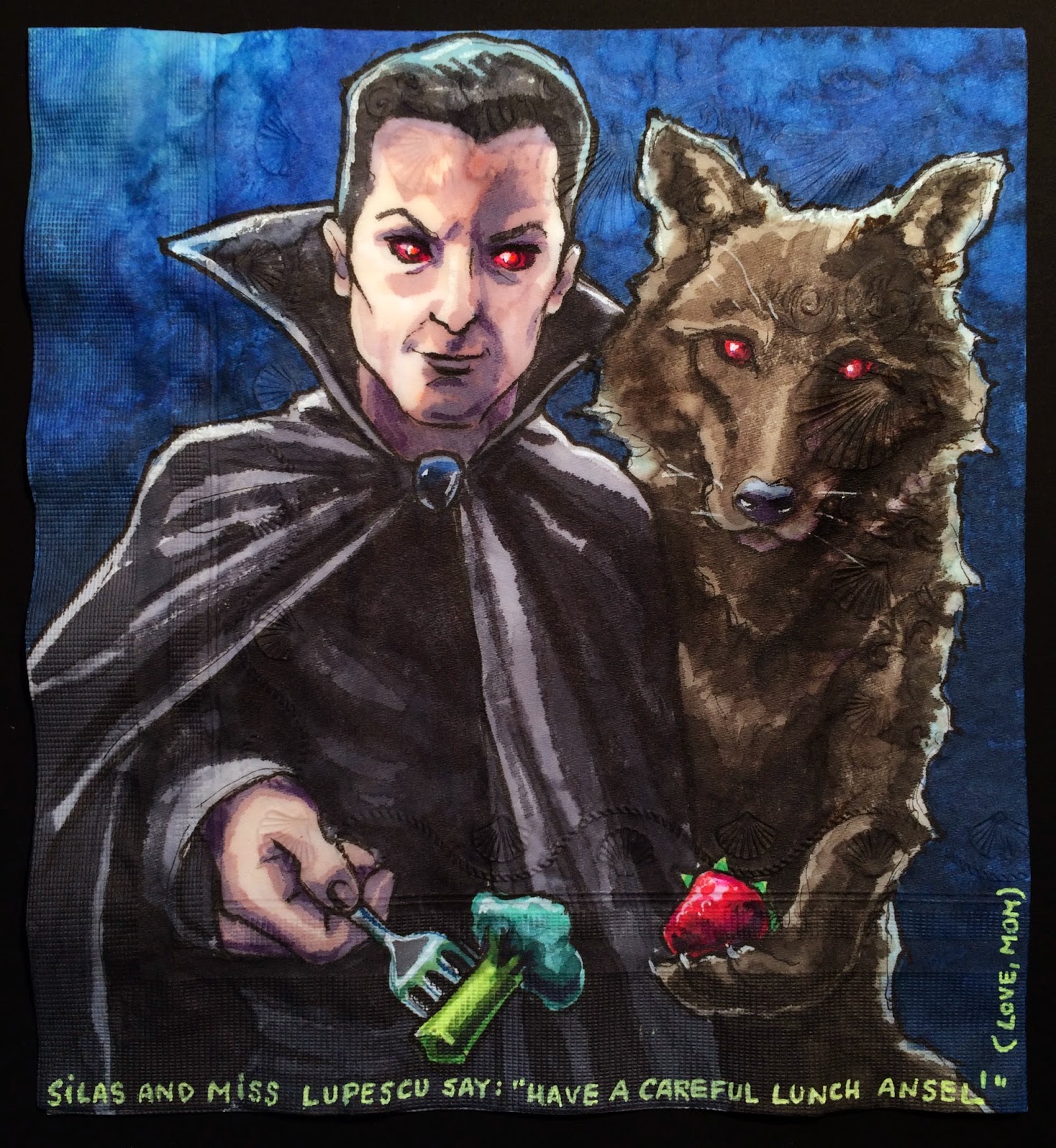 The graphic novel version of Neil Gaiman's "The Graveyard Book," adapted by P. Craig Russell, was obviously appealing for my macabre minded sons.

They were, however,  immediately annoyed that I had not procured Book 2 yet.  (It will be released in a few days)

The story centers on Nobody Owens, a toddler whose entire family has been murdered and is then protected and raised by the inhabitants of an old graveyard. Since ghosts aren't ably to shop for groceries, he has the additional guardians Silas the vampire, and Miss Lupescu, a werewolf.

Ansel really like the characters- and the idea of being raised by a vampire- but was not impressed with my drawing.
Posted by ninalevy at 11:12 AM