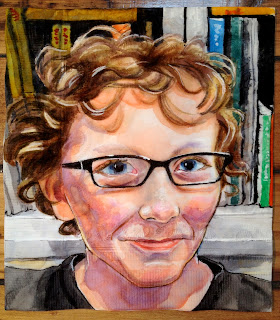 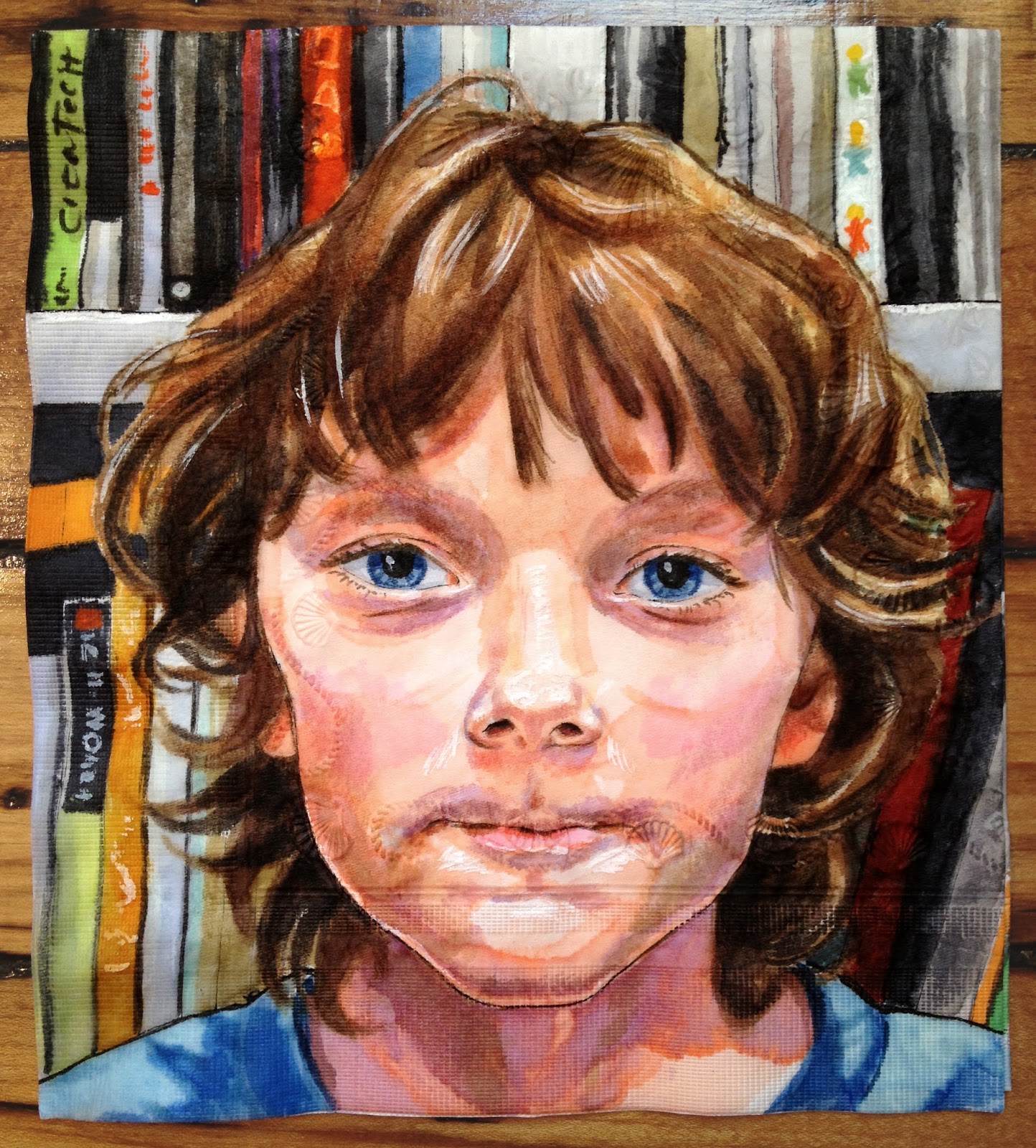 Here in the unscheduled wasteland of August, I'm trying to do some portraits of the kids.  I realize it has been a year since the last set. (Which you can see here)

As usual, cooperation is a major issue.  Posing even for 60 seconds can apparently lead to intense physical and psychological pain for my sons.

As a result, there is rarely one source photo to work from.  I have to compile several images to get the child with an acceptable expression, standing in the right place, and wearing his glasses.

There were some requests via facebook that I show some process images, so below there are a few of the source material and the first napkin in its earlier stages.

I'm still not sure if this one is going to work out in the end.  I am seriously regretting the bookcase backdrop and am not optimistic about orchestrating the final image.

July 25th, 2014:  I realized almost a full year later, that I never managed to post the final image of the portraits: 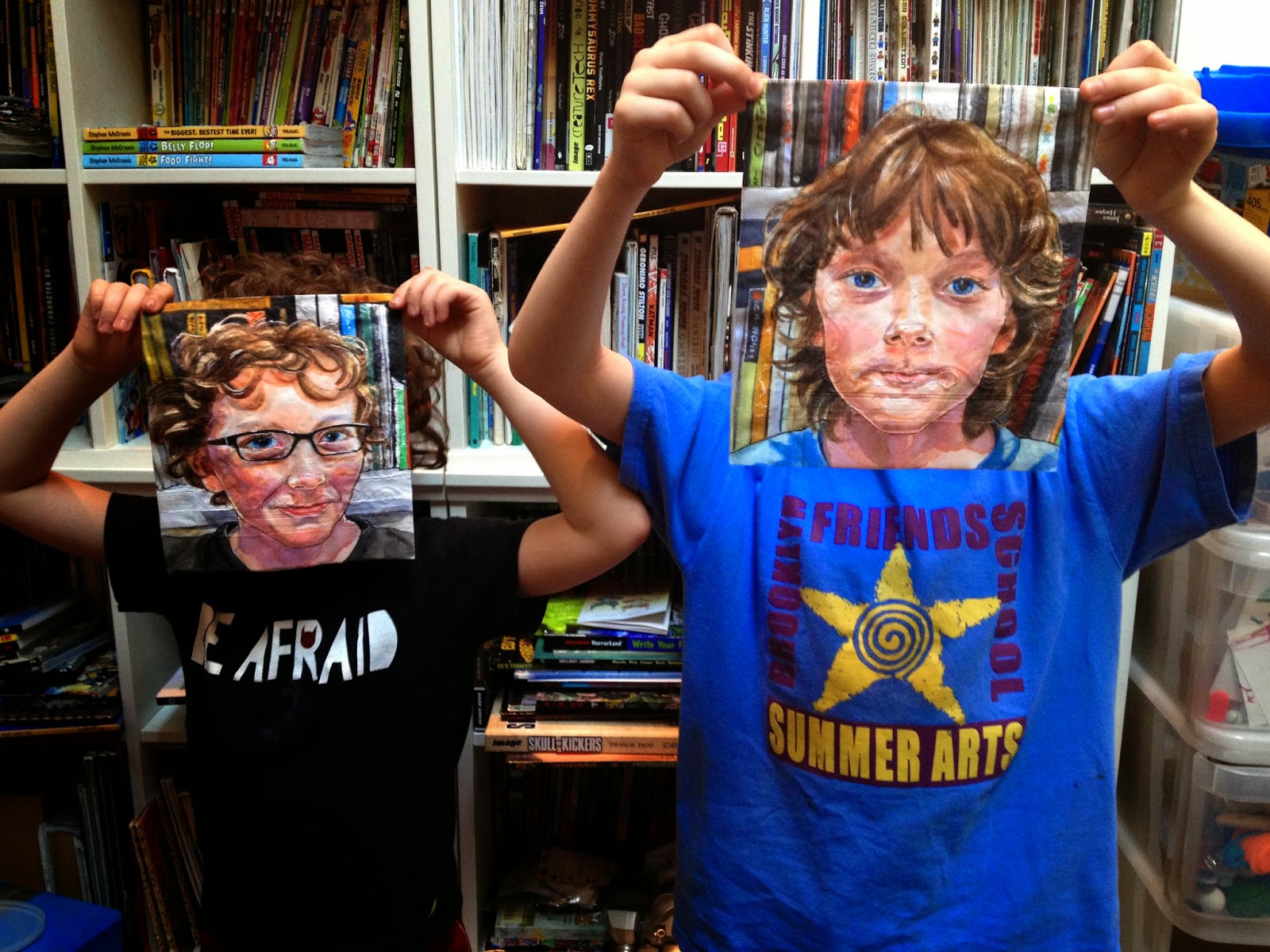 Email ThisBlogThis!Share to TwitterShare to FacebookShare to Pinterest
Labels: Ansel 2012-3, Family, Napkins Portraits in the Real World, Napkins that aren't for lunch, Not Trademarked, Portraits of Kids