Scorpion from "Injustice" with Zombies 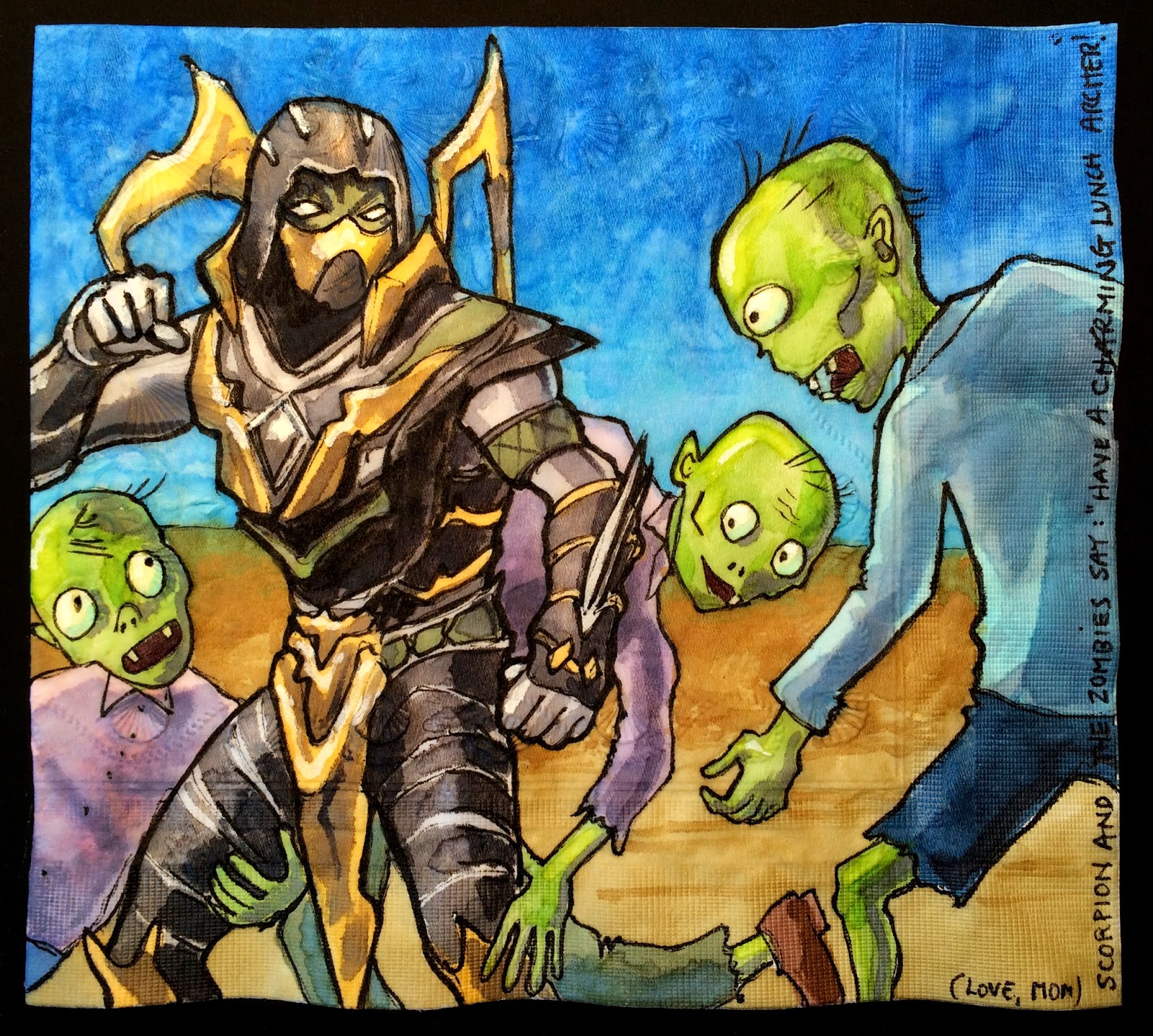 Archer's latest fixation on a video game that he has not actually played has been "Injustice: Gods Among Us," and the Scorpion character in particular.

As he carefully explained to me this morning, "Injustice" is a Mortal Kombat style fighting game which features DC characters....with the exception of Scorpion who is an import from the Mortal Kombat universe.

Archer asked for Scorpion to be fighting at least two zombies.  When I started perusing creepy images of Walking Dead style zombies last night, I came to the conclusion that friendly "Plants vs. Zombies" members of the undead was a better bet for a lunchtime image.

One hopes that they are able to jolly Scorpion out of his bellicose mood before he punches one of their heads off.
Posted by ninalevy at 12:05 PM