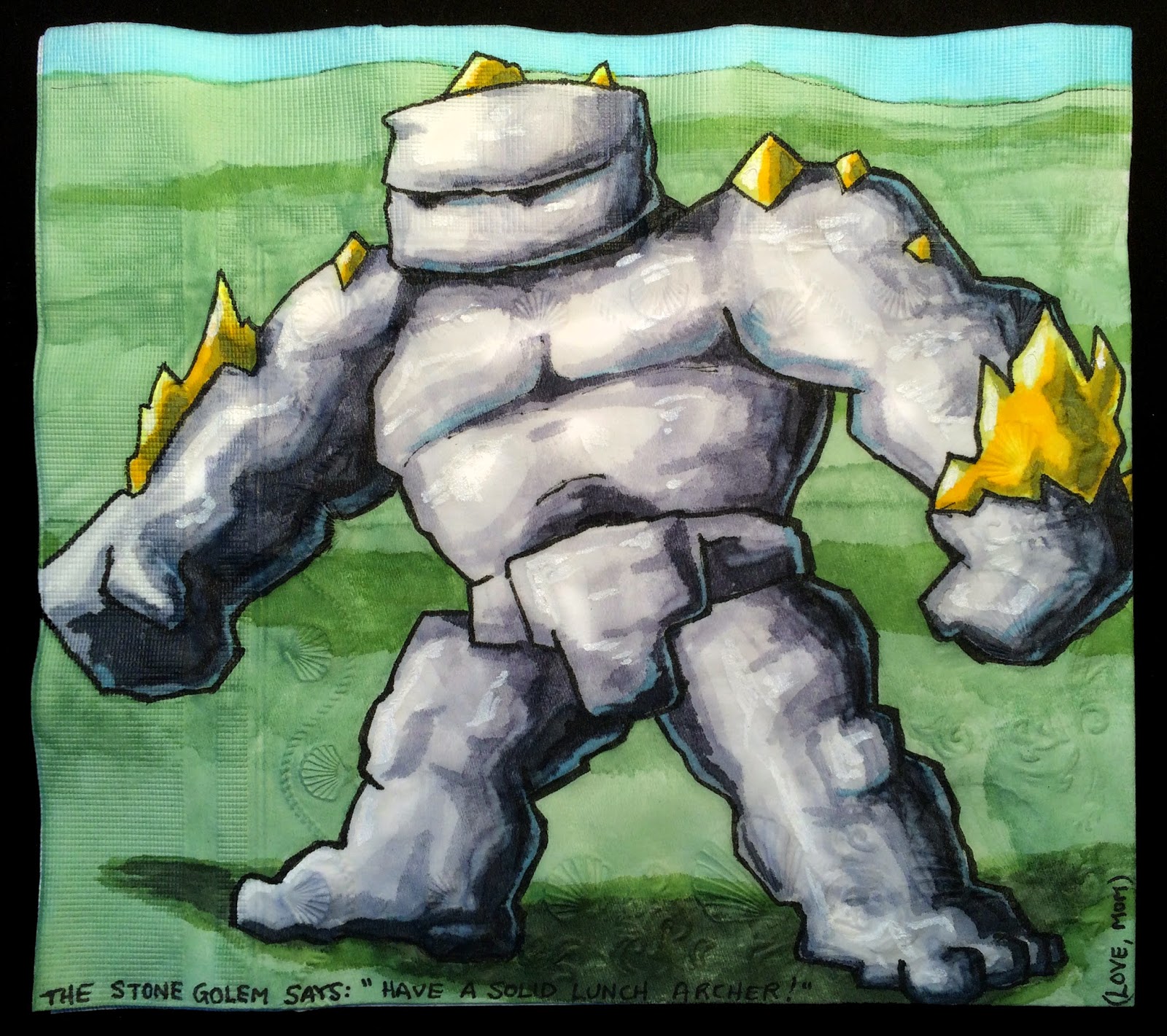 Archer announced yesterday that he had been playing Battleheart for a total of more than 7 days.  I was a little confused by this statement, since I know he has had the game since 2011 at least.

(In fact, you can see a Battleheart napkin from 2011 here which reminds me what the napkins used to look like....)

I was briefly horrified by the idea that what Archer really meant was that he had logged 7 x 24 hours cumulatively  on the game.  After some questioning, he corrected himself, "Oh, I meant I've spent 7 HOURS total on the game."

While this did not make me proud, at least I didn't feel like Child Protective Services would be arriving immediately to pick him up.