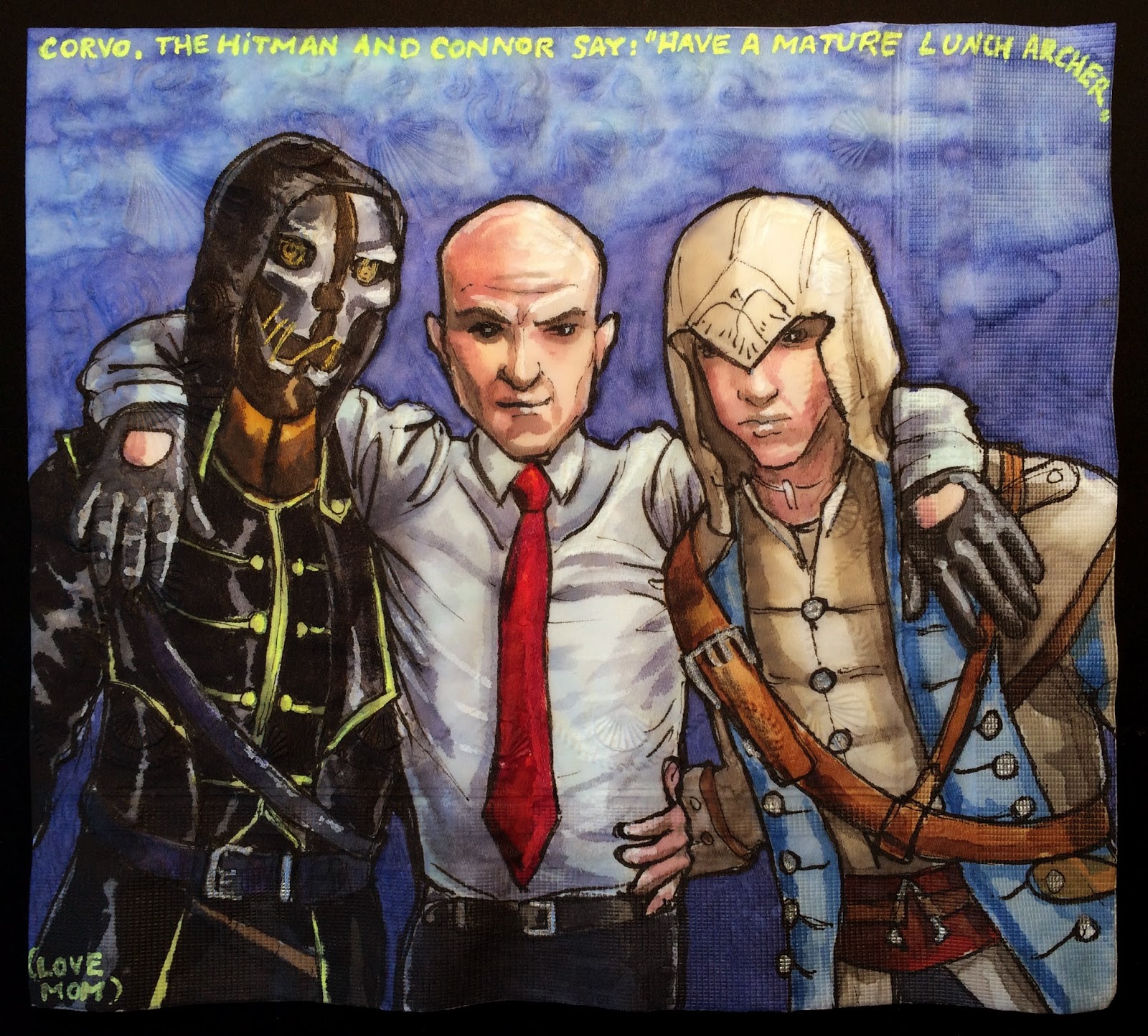 Archer, a person of the ripe old age of 11, asked me yesterday which of these three games would I be most likely to allow him to play.  A thorough enumeration of the relative amounts of sadism and bloodletting in each of the three games followed. (For instance:  "Really! You don't HAVE to kill anyone in Hitman!")

I replied that this seemed like a trick question as I was pretty sure that all three were rated M.  Archer responded that 11 is almost a teenager and it was high time for his first M rated game.
Posted by ninalevy at 12:22 PM