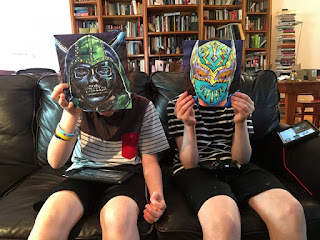 School starts next week. In view of this impending doom, our sons' preferred activity is holding down the couch while staring at a screen. While I am philosophically against extended periods of this sort of thing, knowing that they will soon be unable to drive me crazy with the excessive watching of utterly inane youtube videos has mellowed me out a bit this week.

They have also been testing the limits of my sanity with the WWE 2K16 game on the X box. Let's just say that being able to bash one's brother repeatedly on his virtual head with a metal folding chair prompts excessive glee.

Much time was invested (when they should have been getting ready for bed) carefully crafting their avatars, which are rather appropriate for each of them.

They were pretty enthusiastic about me drawing their WWE 2K16 avatars... But definitely not interested in interrupting their viewing of YouTube videos long enough to pose with them. 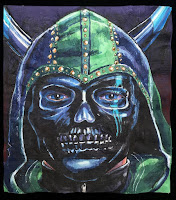 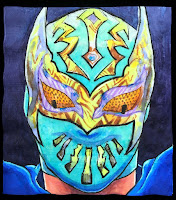 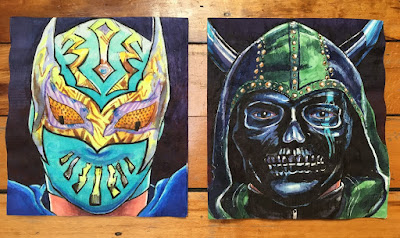 Email ThisBlogThis!Share to TwitterShare to FacebookShare to Pinterest
Labels: 2015-16, Family, Napkins Portraits in the Real World, Portraits of Kids