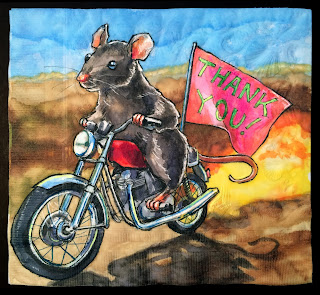 I still did not attain the artery saving amount of five hours of sleep...but at least I did not annoy my son by drawing a picture of him.
Posted by ninalevy at 1:46 AM